* Rupee dropped as the dollar hit its highest level in a month as economic and political uncertainties swept through Europe and Asia.

* Earlier in the day Rupee rallied after vote count suggested the ruling party led National Democratic Alliance was leading in several seats across the country.

* The United States is not without its own worries a trade conflict with China being a major one investors see the greenback as a relative safe haven. 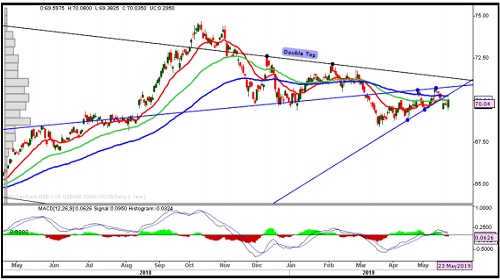 * Euro remained under pressure as worries about a slowdown in China and eurozone and continued uncertainty over Brexit supported the dollar.

* Italy is forecast to expand less than previously estimated this year, according to the latest Economic Outlook published by the statistical office Istat.

* Eurozone consumer confidence rose more-than-expected in May to its highest level in seven months, after weakening in the previous month. 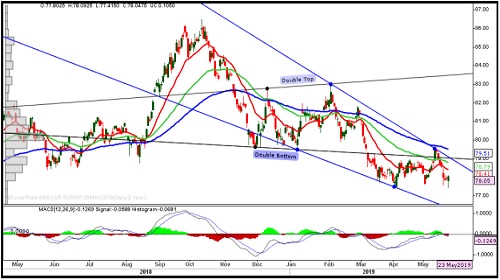 * GBP dropped battered by dollar strength and growing fears that UK PM May will fail to persuade cabinet colleagues to back an amended version of her EU withdrawal deal.

* Brexit uncertainty has grown in recent weeks after the breakdown of talks between May and the opposition Labour party.

* Rejection of the deal yet again would likely pave the way for May to be replaced by a more hardline eurosceptic Tory, possibly Boris Johnson. 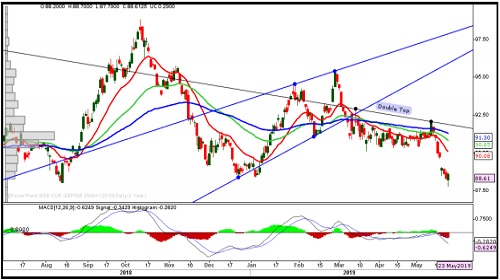 * BoJ is not yet at the stage to discuss exit, will still take time to reach stable price goal 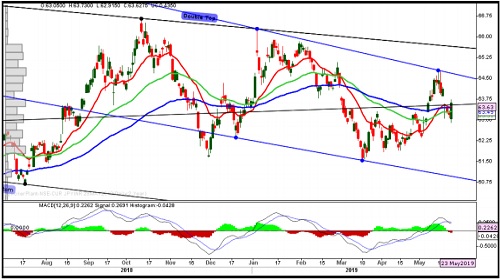