* Jeera October futures on NCDEX ended down on Friday weighed down by dip in demand and rise in arrivals in the spot market.

* Coriander October futures on NCDEX traded choppy with a negative bias on Friday.

* Turmeric NCDEX October futures ended marginally down on Friday. However, expectation of rise in demand in coming days due to upcoming festival season limited losses. 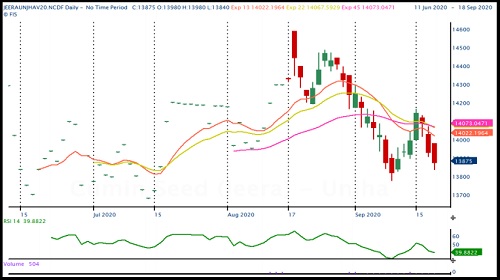 * Farmers have so far sown crops across 110.5 mln ha, up over 6% from a year ago, in 2020-21 (Jul-Jun) kharif season, the farm ministry's data showed. Farmers have sown soybean across 12.1 mln ha in the kharif season as of Thursday, up 7.0% from a year ago, farm ministry data showed. The Union Cabinet approved a hike in minimum support price for 14 major kharif crops. MSP for soybean hiked by Rs.170 to 3880 from 3710 per 100 kg.  India's soymeal exports plunged 41% on year to 45,000 tn in August, according to data from The Soybean Processors' Association of India.

* During Sep 1-15, Malaysia's palm oil exports were estimated to be 12.2% higher on month at 745,565 tn, according to cargo surveyor SGS Malaysia. Meanwhile, cargo surveyor AmSpec Agri Malaysia said exports rose 12.4% to 780,305 tn during the same period.

* Malaysia's palm oil stock is expected to rise 6% on month to 1.8 mln tn in August due to higher output and lower exports, according to a CGS-CIMB Futures survey. 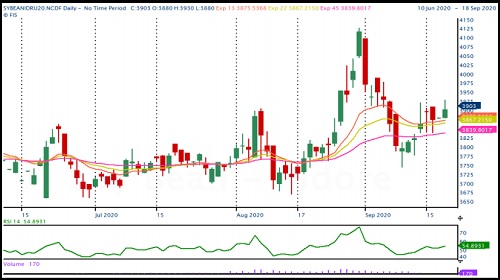 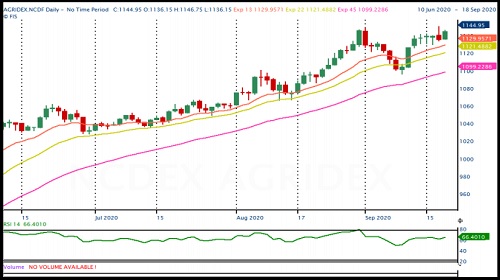 * Chana October futures on NCDEX ended down on Friday on profit booking.

* Zigzag moves in narrow ranges were witnessed in NCDEX guargum and guarseed October futures on NCDEX on Friday.

* The Association of Natural Rubber Producing Countries has lowered its forecast for global rubber output in 2020 to 13.15 mln tn, down 4.9% from the previous year, from the 13.20 mln tn pegged in July, the association said in its monthly report today. The association has also scaled down its estimate for global natural rubber consumption to 12.54 mln tn, down 8.9% on year, from 12.75 mln tn pegged in July 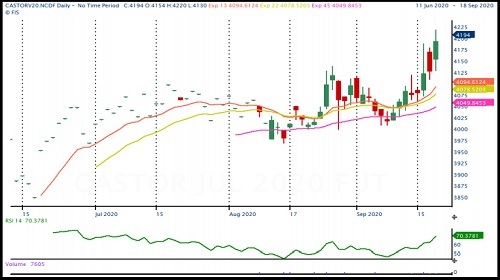