Soyabean settled down on reports of higher stocks with traders and stockists and weak demand of soymeal.

Millers and traders had stocks of nearly 19 lakh tons of mustard seed as on May 1, as per data from SOPA.

At the Indore spot market in top producer MP, soybean dropped -48 Rupees to 3819 Rupees per 100 kgs. 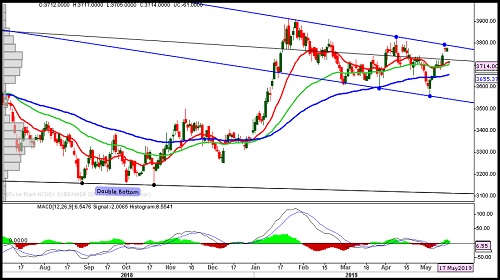 Rmseed dropped as demand from millers was weak in physical market amid increase in arrivals.

Nafed will not sell mustard at a discount after the ongoing procurement season.

European rapeseed production revised down to 18 million tonnes in 2019. 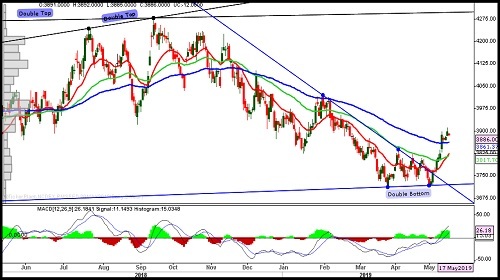 Ref.Soya oil traded in range due to higher stocks at port and expectation of higher imports.

Weak support in physical at higher levels and cut in tariff value which would make imports cheaper also put pressure on prices.

However, downtrend is seen limited due to tight stocks and hopes of fresh demand for festival and marriage seasons.

At the Indore spot market in Madhya Pradesh, soyoil was steady at 755.35 Rupees per 10 kgs. 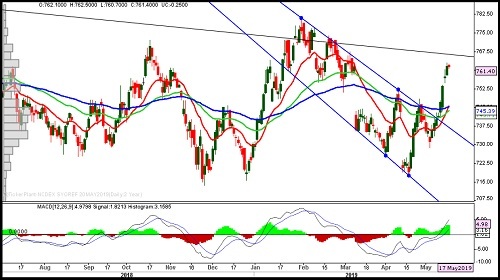 The Malaysian data showed that April stock levels fell 6.6% to a sixth-month low of 2.73 million tonnes while output declined to 1.65 million tonnes.

Palm oil inventories in Malaysia, the world's second-largest producer of the edible oil, eased to a six-month low at the end of April. 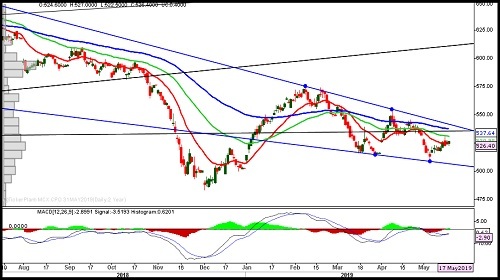