MCX Aluminium futures traded mixed during the month of September so far, owing to hopes of revival of global economy with recovering industrial activities in the European Union, but then, prices mainly fell from the higher side in the last week amid rising covid-19 cases in the major developed countries and uncertainties regarding the health of the global economy. Recent update regarding the FOMC minutes about the sluggish outlook of US for the coming months brought selling in the base metals sector eventually weakening LME Aluminium Futures from the higher side. However mining activates in Latin America has been lower which led to supply tightness in the past couple of weeks. MCX Alumini futures has also witnessed a bullish trend and price has closed at Rs.144.25/ke by 17th September, lower compared to Rs.146/kg as on 31st August.

Looking forward for the coming month, we expect International Aluminium Futures to trade mixed as the global scenario has shown positivity in the last couple of weeks. Though, China and other developed countries have uplifted lockdown to ease the market tensions, however, Covid-19 cases continue to rise worldwide, which is likely to bring uncertainty about the global economic health, Global central banks though not offering any further stimulus packages are uncertain about complete recovery prior to Dec’20. As per International Aluminium Institute, global Aluminium production for the month of July’20 has been reported to be around 5.452 Million tonnes, higher by 2.96% compared to previous month production of 5.295 million tonnes. China still leads in rising global production for the last month. China's Aluminium production for the above month has been estimated around 3.131 million tonnes, higher by 3.33% compared to 3.030 million tonnes reported during the previous month. Elsewhere, production in Asia (excluding China), North America, Western and Eastern Europe have also reported higher production for the June'20 compared to the proceeding month. Overall, we expect a mixed trend in MCX Alumini Futures for the month ahead. 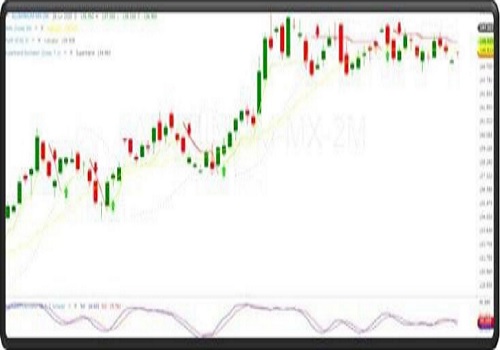 On the daily timeframe, MCX Aluminium (Oct) has sustained below its “Parabolic SAR”. Also, price has sustained below its 20 Days "Simple Moving Average” which indicates negative momentum in thecounter. Additionally, Super Trend (7,1) has given a sell signal which indicates bearish presence. Moreover, momentum indicator Stochastic (6) is moving negatively which signals bearishness. Furthermore, on the weekly chart Aluminium has sustained below its “Downward Sloping Trend Line” which suggests a downward bias. So, based on the above technical structure one can initiate a short position in MCX Aluminium (Oct) future at CMP 145.65 or a rise in the prices till 146.20 levels can be used as a selling opportunity for the downside target of 138.70. However, the bearish view will be negated if MCX Aluminium (Oct) closes above the resistance of 149.10.

Brexit brinkmanship: UK, EU tell each other to move on trade