US crude inventories shrank by 7.056 million barrels last week, much more than market expectations of a 0.275-million-barrel decrease

Oil output in the Permian in Texas and New Mexico, is due to rise 79,000 barrels per day (bpd) to a record 5.408 million bpd in September 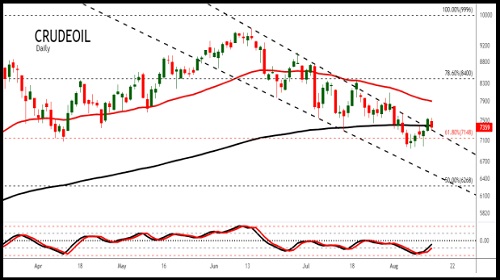 .Natural gas dropped on forecasts for less hot weather and lower air conditioning demand over the next two weeks than previously expected.

That small price decline came despite a drop in daily output, hotter-than-normal weather on the West Coast and in Texas, and near-record global prices

Average U.S. gas demand, including exports, would rise from 95.0 bcfd this week to 96.3 bcfd next week 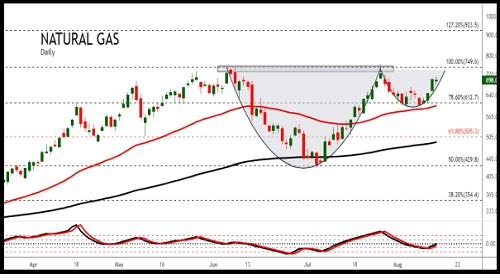 Views express by all participants are for information & academic purpose only. Kindly read disclaimer before referring below views. Click Here For Disclaime

Commodity Article : Gold prices on Wednesday saw an uptick, as the price of the yellow metal gained nearly a percent by Mr Prathamesh Mallya, Angel One Ltd