In the last couple of weeks, banking stocks were major gainers in the ongoing market volatility. They have shown significant resilience to market volatility in the ongoing series. Axis Bank has taken the support of its maximum Put base of | 400 in the early days of the current series and is showing continued strength. Significant delivery based activity was seen near | 450 levels last week. Furthermore, Put writing at 460 and 440 strike suggests positive bias in the stock. Hence, one can write OTM Put strikes in view of the October settlement. 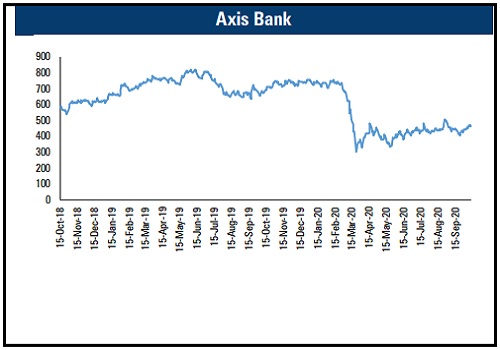 Ahead of the festive season, auto stocks have shown a good recovery in the recent up move. Bajaj Auto has been consolidating above | 2900 for a while and has recently started showing an uptrend. The stock surpassed its major resistance of | 3000 in the early days of current series amid significant long addition following which it climbed up to | 3100 levels. Currently, the stock is consolidating between the range of | 2950 and | 3150. In addition to that, the maximum Put base for the stock is placed at | 2900 followed by 3000 strike in the October series, which has more than 50,000 shares. We do not expect it to move below these levels. Considering the approaching settlement, we believe OTM Put options can be written to benefit from time decay. 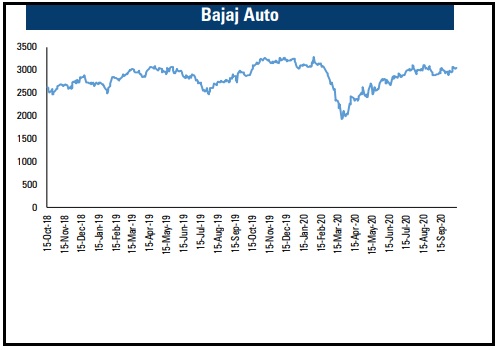 Adani Ports failed to witness any meaningful recovery in the current upward moment, which was seen in August. The stock has broken out of its broader trading range of | 350 and | 380. In the process, it has seen liquidation in the current OI. At the same time, major Call writing was seen at OTM Call strikes, suggesting no major recovery is expected in the near term. At present, the highest Call base for the stock is at the 400 strike followed by 360 strike. We do not expect it to move above these levels. Considering the approaching settlement, we believe OTM Call options can be written to benefit from time decay. 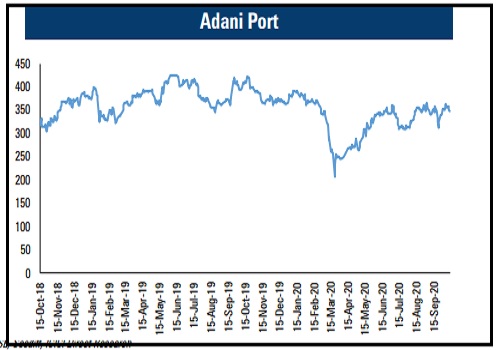 Aurobindo Pharma has seen significant upsides in the recent market up move as the stock has almost doubled in the last six months. However, it has moved into the consolidation phase and remained sideways since September. Marginal short additions were also seen in the stock recently indicating expectations of consolidation with negative bias. The highest Call base for the October series is placed at the 860 strike. We believe the stock will trade below these levels in the ongoing series. Given the high option premiums, we believe one can utilise this opportunity to write Call options in the stock. 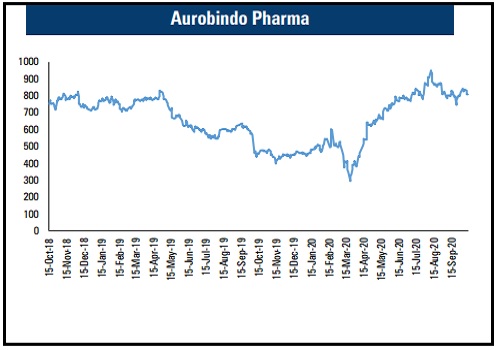