Nifty may inch further lower if it fails to hold 11,600 - Religare Securities

Markets started the week on feeble note and lost nearly a percent. Weak global cues led gap down start and failed to see any respite till the end. Mostly sectoral indices traded in line with the benchmark index and closed lower.

The news of brewing trade tension between the US and China has again fuelled the possibility of tariff war. Markets are already under stress, in absence of positive trigger and such reports deteriorate the sentiment further. We advise keeping limited exposure and waiting for clarity. Nifty may inch further lower if it fails to hold 11,600. 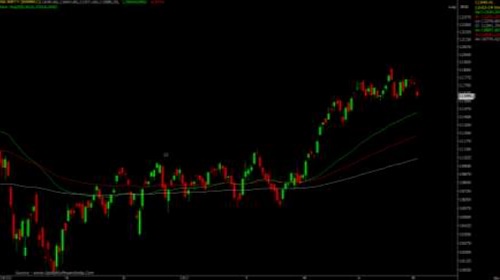 VOLTAS, after the recent surge, has been consolidating in a range for last two months while forming a strong base around 50 day EMA on daily chart. Indications are in the favour of fresh up move in near future. We advise accumulating fresh longs in the given range.

ASIANPAINT has been inching lower for last one month, after retesting its record high. It has formed a fresh shorting pivot and likely to see sharp decline in near future. We suggest using bounce to initiate fresh short in the given range.

added around 8% in open interest as short buildup was seen in it in previous session. Current chart pattern also indicates further down move in its price. We suggest SELLING BALKRISIND FUTS as per below levels.