New industrial policy set to be unveiled in budget

It’s a little over three years since Reliance Jio Infocomm Ltd launched services and changed the face of the industry with large amounts of data and voice usage limits. The period has been marked by a huge spike in data usage and voice traffic and a sharp decline in consumer spends on telecom.

The numbers are staggering. Data collated by Kotak Institutional Equities shows that at an industry level, data volumes rose 4160% to 20.3 billion GB in the July-September 2019 period. This is in comparison to the April-June 2016 quarter, or just before Jio’s launch. On a per customer basis, data usage rose from merely 500 MB per month in 2016 to 10.6 GB last year. 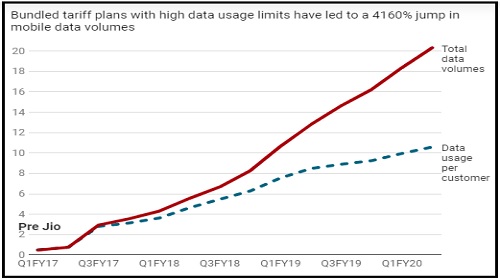 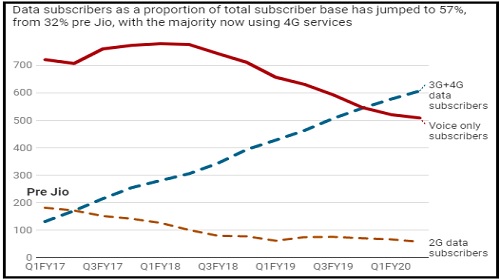 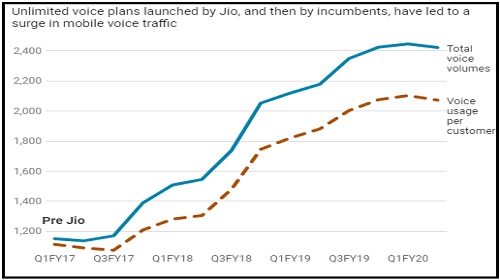 Of course, all of this internet surfing and talking has been enabled by lower tariffs. Average revenue per user has fallen 41% to Rs74 per month in the past three years, the Trai data shows. 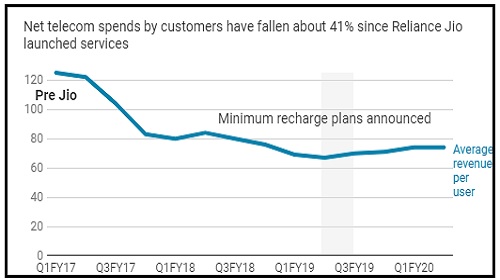 The tab has been picked by the industry, whose revenues and profits have fallen sharply. The damage, of course, has been the most for Vodafone Idea Ltd. Bharti Airtel Ltd has done relatively better, although even its profits have fallen sharply. In fact, Airtel had reported earnings before interest and tax of Rs3444 crore in the June 2016 quarter, but reported a loss of around Rs1650 crore on a comparable basis in the September 2019 quarter (adjusted for a change in accounting standard this year). Reliance Jio, meanwhile, has reported a steady increase in profits, although its cash burn has been the highest in the industry and its return ratios have been low.

Picking up the tab 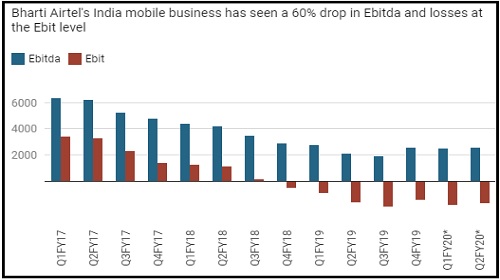 The December 2019 quarter, meanwhile, marks an inflection point, with the industry agreeing on a truce over tariffs. Consumer usage and spends are likely to move in the opposite direction compared to the past three years. Airtel shares, as a result, have risen about 30% in the past two months, anticipating a revival in fortunes.

New industrial policy set to be unveiled in budget