Markets turned volatile on the F&O expiry day and settled with a cut of over half a percent. The first half was positive, in continuation to the previous trading session but limited participation capped the upside. It momentum fizzled out in the latter half, with sharp decline in index majors. Mostly sectoral indices ended lower and the market breadth too showed the similar trend.

This volatility indicates caution among the participants and it’s not going to subside soon. Mixed earnings announcements combined with weak global cues are currently weighing on the sentiment. Besides, the recent surge in the crude has further deteriorated the condition. We advise preferring options strategies instead of naked longs in futures segment. Investors, on the other hand, shouldn’t worry much these short term whipsaws and keep a tab on earnings announcements. 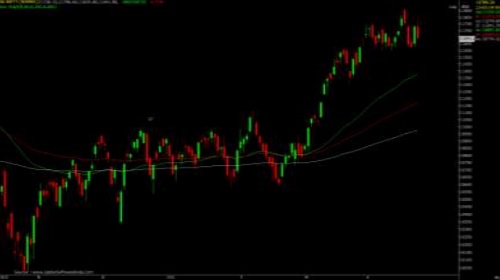 * Zydus Cadila received USFDA approval to market Leflunomide Tablets. The medicine is indicated to treat rheumatoid arthritis, a condition affecting multiple small and large joints of the body. The group has received 263 USFDA approvals and has filed over 350 ANDAs (Abbreviated New Drug Application) since the commencement of its filing process.

* Indiabulls Ventures’ Q4FY19 consolidated revenue grew by 55% YoY to Rs 600cr. The company reported net profit of Rs 110cr in the quarter vs 55cr in Q4FY18 and also declared an interim dividend of Rs 1/share.

After retesting its crucial support zone around 722 levels, LUPIN has witnessed a sharp recovery of late and surpassed the hurdle of long term moving average ( 200 EMA) on the daily chart. Its chart pattern combined with indication from the pharma index is pointing towards stable up move ahead. We advise initiating fresh long positions as per the levels.

BHARATFORG has been witnessing correction for last one year, after making a record high in February, 2018.Though it had made recovery attempt of late but couldn’t surpass the hurdle of long term moving averages on weekly chart. After hovering in a range for almost two months, it is gradually now inching towards its 52 week low. We suggest traders to use any uptick to go short in the given range.

added around 19% in open interest as long buildup was seen in it in previous session. Current chart pattern also indicates further up move in its price. We suggest buying TATAGLOBAL as per below levels.

Debutant Namashi ready to be compared to dad Mithun Chakraborty