* Rupee remained under pressure after rise in crude prices amid reports of Saudi Arabia seeking crude from Iraq to support refineries. 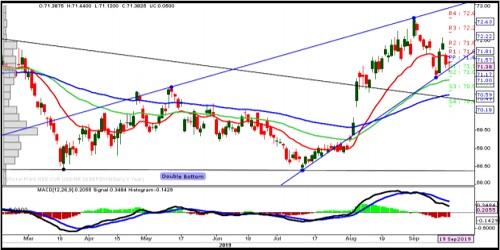 * The U.S. central bank, lowered the Fed funds target rate to a range of 1.75% to 2.00% “in light of the implications of global developments for the economic outlook.”

* Eurozone inflation was stable in August at its lowest level in nearly three years, latest data from the Eurostat showed. 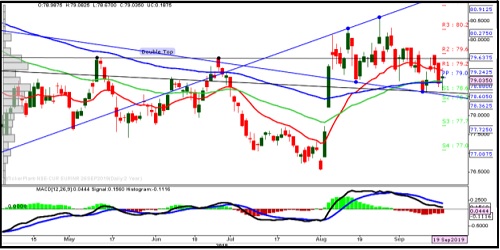 * GBP remained in range as Prime Minister Boris Johnson stuck to his pledge to take Britain out of the European Union by Oct. 31.

* Prime Minister Johnson is required by a law passed this month to ask the EU for a three-month delay to Brexit if a deal is not approved by Oct. 19

* With less than seven weeks until the Brexit deadline, Johnson is hoping a Brexit deal can be clinched at an EU summit on Oct. 17-18.

* Japan posted a merchandise trade deficit of 136.329 billion yen in August, the Ministry of Finance said.

* Japan's industrial production expanded as estimated in July, final data from the Ministry of Economy, Trade and Industry showed. 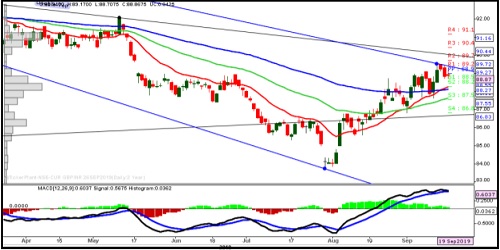