* The dollar held near a one-month low as weak data cast a shadow on the outlook for the U.S. economy in the short term. 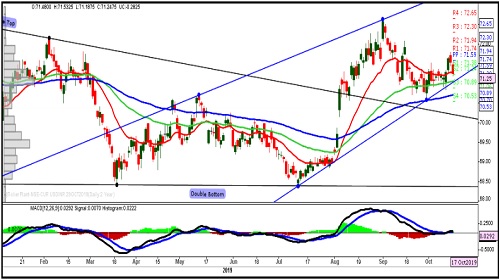 * Euro gained as dollar fell as dismal U.S. retail sales data painted a gloomy picture of the economy and supported the case for further interest rate cuts by Fed. 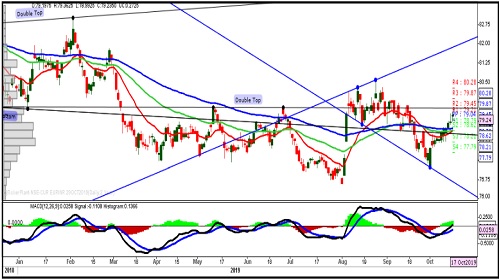 * GBP rallied after the EU’s Jean-Claude Juncker and U.K. Prime Minister Boris Johnson both confirmed via twitter that a Brexit deal had been reached.

* A potential deal on Britain’s divorce from the European Union is still awaiting clearance from London, EU diplomats said.

* UK consumer prices grew at a steady rate, which was below the Bank of England's target, in September and factory gate inflation eased to the weakest in three years 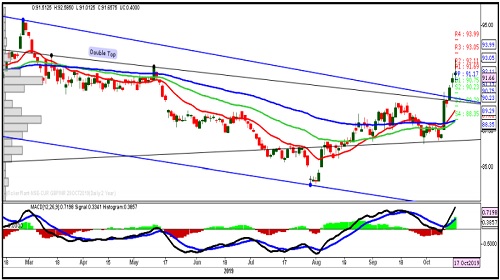 * All nine regions across Japan had been either expanding or recovering, the Bank of Japan said in its Regional Economic Report.

* Japan's industrial production declined in August as initially estimated, final data from the Ministry of Economy, Trade and Industry showed. 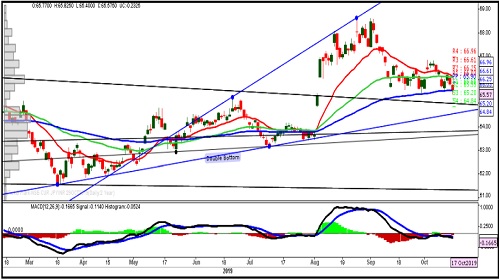