* Gains seen amid optimism that China and US are moving closer towards an interim trade deal also improved sentiment.

* Foreign investors have bought a combined of over $2.06 billion in last three sessions in domestic and bond markets. 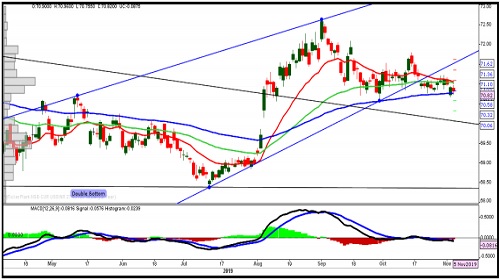 * Euro dropped as dollar gained thanks to growing optimism the United States and China are on the verge of reaching a preliminary agreement.

* Euro area investor confidence rebounded strongly in November to its best level in five months as expectations were the highest since May. 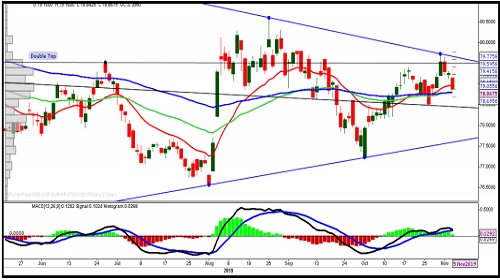 * GBP dropped with investors' attention focused on political developments as election campaigning gets under way.

* UK PMI data showed that construction shrank for the sixth month in a row in October.

* The Brexit Party's leader Nigel Farage said that he would not stand in the election, choosing instead to campaign against Johnson's EU divorce deal. 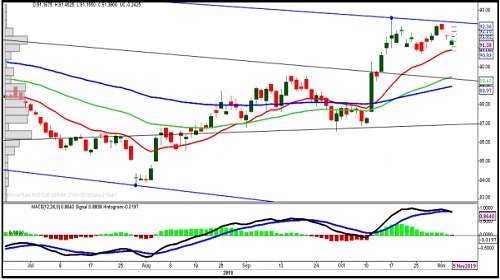 * JPY dropped as the U.S. dollar rose as growing optimism around the United States and China reaching a preliminary agreement to scale back their long-drawn trade war

* BoJ's Kuroda: To keep carefully watching impact of FX on prices and economy. Desirable for forex to reflect economic fundamentals 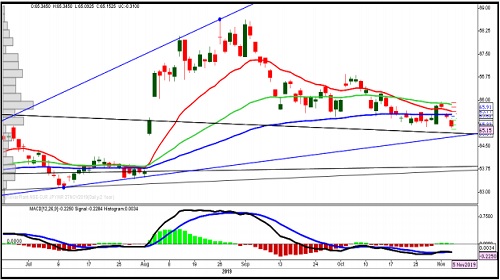