* Rupee gained as dollar seen under pressure as markets remained jittery about the progress of Sino-U.S. trade talks 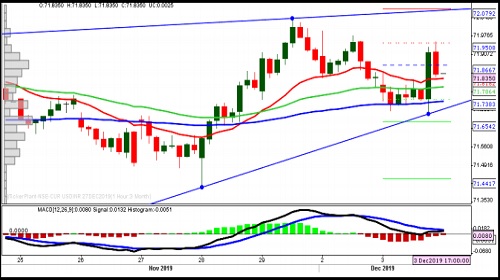 Euro dropped as uncertainty about the progress of trade talks between the United States and China fuelled demand for the greenback.

Eurozone producer prices declined at the fastest pace in more than three years in October, data from Eurostat showed.

Spain's unemployment increased in November, data from the Ministry of Labor, Migration and Social Security showed. 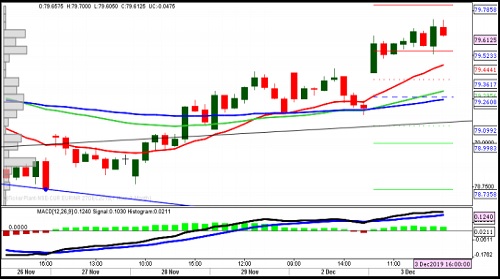 * GBP gained buoyed by growing hopes for a victory by the ruling Conservative Party in the coming snap election set for Dec.12.

* The UK construction sector continued to contract in November, albeit at a slower pace, as new work weakened amid domestic political uncertainty 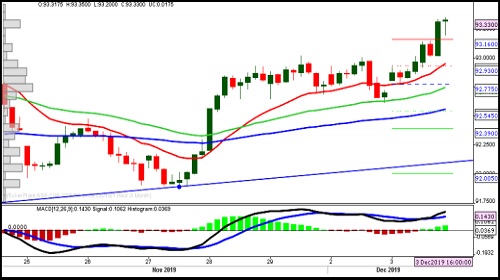 * JPY remained in range after U.S. President Donald Trump warned a trade deal with China might not come until after the 2020 U.S. presidential election.

* The services sector in Japan moved back into expansion in November, albeit barely, the latest survey showed. 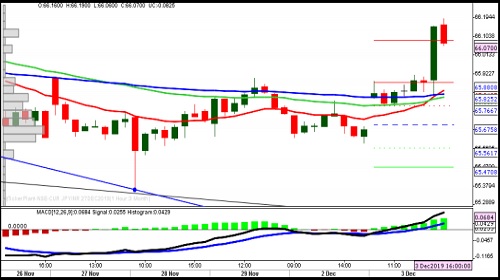 The weakness in dollar is weighing on USDINR spot pair by Rahul Gupta, Emkay Global

This week USDINR spot has been trading in a very lacklustre By Rahul Gupta, Emkay Global Financial Services

This week USDINR spot traded in a very tight range of 74.50-75 By Rahul Gupta, Emkay Global

Overall the trend in USDINR spot has been bearish By Mr. Rahul Gupta, Emkay Global