*  India rupee depreciated 11 paise against the dollar along with other Asian currencies to close at 68.92 in Monday’s trade amid heavy foreign portfolio investors (FPI) from equity market and a rise in crude oil .

*  So far this month, overseas investors sold worth $1.195 billion in domestic equity.

*  Oil held a two-day gain as heightened tensions in the Persian Gulf threatened to disrupt energy flows from OPEC nations.

*  The benchmark 10-year yields rose 6bps on Monday to close at 6.42% after the Reserve Bank of India governor said further easing would depend on incoming data.

* The government panel constituted to regulate virtual currencies has suggested a ban on private crypto currencies and introducing an official ‘Digital Rupee’ in consultation with the Reserve Bank of India.

* Emerging Asian currencies fell on the back of a buoyant dollar amid expectations for the greenback to retain a yield advantage with the European Central Bank likely to signal further easing at this week’s review. On Thursday, the ECB is likely to hint at future rate cuts and a relaunching of the QE program later this year.

* The dollar advanced versus all Group-of-10 currencies as Treasury yields rose after President Donald Trump announced a bipartisan deal to suspend the U.S. debt ceiling and boost spending levels for two years, capping weeks of frenzied negotiations that avert the risk of a damaging payments default.

* The pound fell as voting closed in the U.K. Conservative Party leader race, with Boris Johnson the clear favorite. 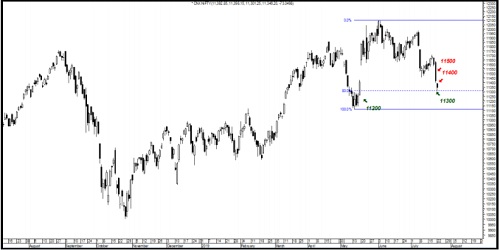 * The breakout above this level lead to bullishness in dollar.

UP government orders relocation of farmers in Jewar airport project