* Rupee ended May month with loss of 0.70% or 52 paise to 75.62 a dollar, even after strong dollar inflows in equities, higher crude oil and weaker domestic macro data weighed on rupee. However, rupee manages to restrict the loss as the month-end rebalancing kept dollar on the back foot amid strong dollar inflows. On Friday, after market, data of GDP came better than market expectation. GDP expanded 3.1% in the three months through March from a year ago, slower than the 4.1% expansion in the previous quarter. The annual expansion in the GDP at 4.2% in fiscal year 2019-20 is the lowest pace of growth in 11 years, as against a previously projected 5%.

* Most of the Asia currencies gained on Friday even after President Donald Trump berated China for its treatment of Hong Kong and vowed to exit the World Health Organization yet left intact an initial trade deal between the world’s two largest economies.

* The USD Index finally broke out of its extended sideways range this week finally made new lows since 27 March, and falling as much as 1.52%, on continued optimism about global growth as global lockdowns continue to be relaxed. The material intensification of US China tensions failed to arrest the broad dollar’s decline. The Fed’s balance sheet expansions also downplay on dollar. Euro rallied on technical grounds alone, fundamental extensions may take some months after announcement of 750bn euro stimulus package by the region.

* The week will feature ECB central bank meeting and some key economic data released like PMI and US job data, while pandemic containment policies are being eased all over the world.

* Trading opportunity will come only after this range breakout. 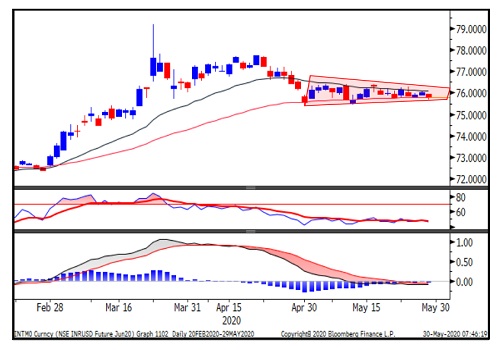 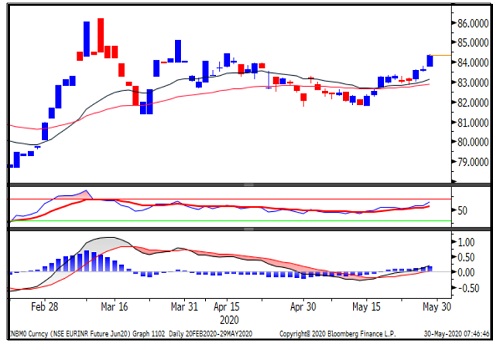 * GBPINR June futures retraced 50% of the March Rally. The pair is resisting near 20 DEMA.

* As the prior trend is up and recent correction is 50% from high, the trend for the pair remains bullish.

* For buying momentum, the pair needs to trade above 94 level.

* RSI and MACD given positive cross over and heading upward suggesting reversal after recent correction.

* We recommend Buying GBPINR June Futures above 94 keeping stop loss at 92.50 for target of 96. 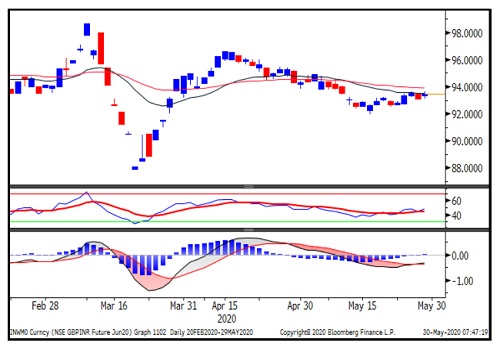 * Momentum oscillator, RSI flattening above 50 suggesting consolidation in the pair.

* The prior trend of the pair is bullish we expect upward breakout. 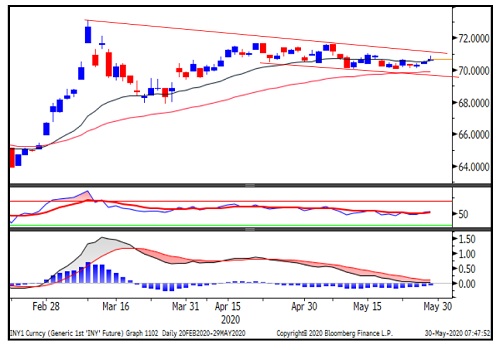 Petrol, diesel prices unchanged for fifth day in a row

OnePlus 8: Perfect sibling to 8 Pro, saves you Rs 13K too