* Rupee ended with losses on buying by PSB banks mostly on behalf of oil importers demand.

* RBI will remain vigilant and strive to revive growth in Asia’s third-largest economy, as well as pushing to maintain macroeconomic, financial and price stability. 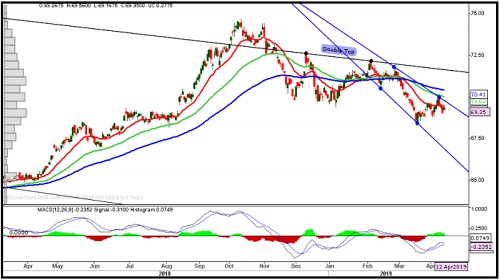 * Euro traded in range as dollar seen under some pressure amid growing signs the Federal Reserve will continue to hold interest rates unchanged this year.

* ECB President Draghi warned that the euro-area economy faces agglomerating risks including Brexit and the danger that trade protectionism could hurt confidence.

* Eurozone's industrial production fell in February after rising in the previous month, figures from the statistical office showed. 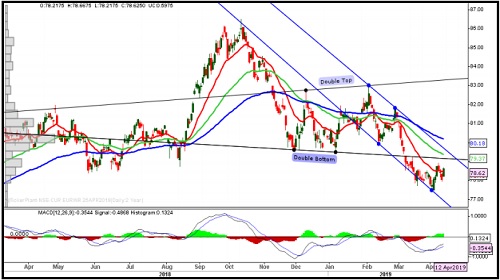 * GBP traded in range as the immediate risks around Brexit receded after the postponement of the departure date and as the dollar suffered a broad selloff.

* Philip Hammond, said it was very likely that the idea of a second Brexit referendum would again be put to parliament at some point.

* The UK economy expanded for the second straight month, but at a slower pace, in February, figures from the Office for National Statistics showed. 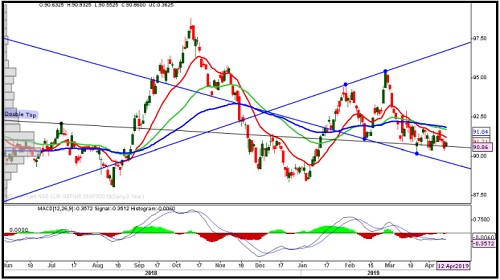 * JPY traded in range as more signs of stabilization in the Chinese economy and an upbeat start to the U.S. earnings season prompted investors to abandon the safe-haven currency.

* BOJ Kuroda said the central bank was ready to expand monetary stimulus if needed, brushing aside the view the BOJ had little ammunition left to fight the next economic downturn. 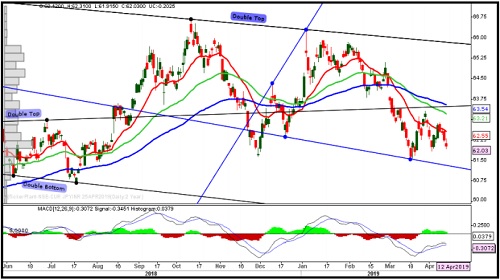