Soyabean dropped on profit booking after prices gained as crops in the fields are being destroyed due to continuous rains.

At the Indore spot market in top producer MP, soybean gained 4 Rupees to 3947 Rupees per 100 kgs. 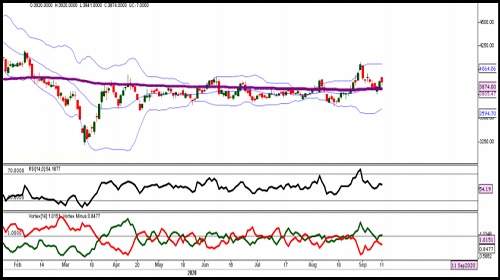 Mustard dropped on profit booking after prices gained due to low crop estimates, and increased prices by Nafed are strong factors

As per USDA, World Mustard seed beginning stock is expected to fall by around 28% to 65 Lakh tonnes. 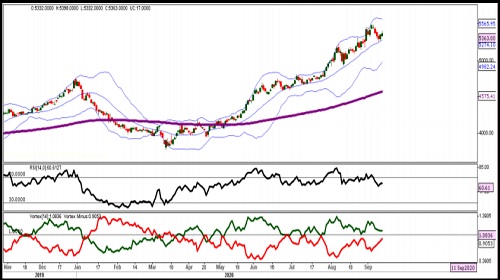 India's imports of edible oil in June were up 8% year on year, due to the refilling of depleted stocks.

A SOPA official opined that “The government should impose restrictions on edible oil imports so as to balance the need-based supply.”

At the Indore spot market in Madhya Pradesh, soyoil was steady at 907.05 Rupees per 10 kgs. 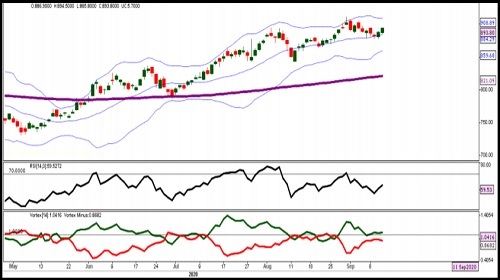 CPO dropped on profit booking after prices gained supported by raised expectations of higher exports in the month so far.

Exports from Malaysia, the world's second largest producer, in Sept. 1-15 is expected to rise between 10% and 12%.

India's palm oil imports in August dropped 13.9% from a year earlier to 734,351 tonnes, due to a sluggish recovery in demand 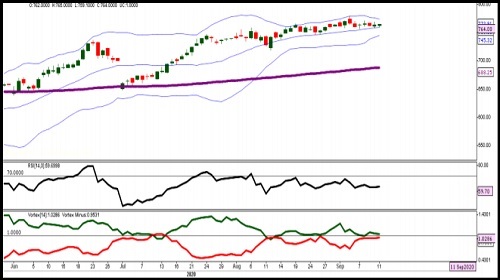 They can also go for buy  in Silver at Rs 61,500 levels By Mr. Anuj Gupta, Angel Broking Ltd

Positive bias in Nifty to remain intact above 11800 - ICICI Direct

No change in Petrol, diesel prices