MCX Cotton Futures traded mixed to bullish during the month of July and later in the month of August witnessed some incline due to higher sowing and increased demand from the textile industries in the domestic market respectively as some of states have started to further ease lockdown. Moreover, easing farm activities in rural regions led to increased buying of cotton especially in the state of Gujarat; with easing tensions of lower supplies and arrival shortage, bringing support in prices in the July month. At the global front, the demand for cotton had been reported to have increased especially China due to easing lockdown, though China has not begun full fledged buying of US agricultural products based on the Phase 1 US-China trade deal. By 6th August, MCX Cotton August futures price closed at Rs.16,370/bale, higher by 2.31% compared to Rs.16000/bale reported on 1stJuly. Fundamentally for the month ahead, we expect MCX Cotton futures to continue to trade mixed owing to forecasts of higher production of cotton in India in the major states of Maharashtra and Madhya Pradesh by 15-20%. Higher stocks reports from last of approx. 85-90 lakh bales (1 bale = 170kgs) for the year 2019- 20, compared to 25-30 lakh bales for the year 2018-19 eventually to also cap spot and future prices from any major upside movement. But then, exports have shown recovery in the global markets in the past few weeks as CCI (Cotton Corporation of India) focuses on boosting more exports from India which could limit any major downside movement.

Earlier, rainfall has been lagging behind in Central parts and Western Parts of India , however, rainfall has shown good amount of recovery in the last week which can support the yield of the standing crops. But then again, the traders are also cautious over the flood like situation in various parts of India that can damage the crops. Overall, we expect sideways trend in MCX Cotton Futures for the month ahead. 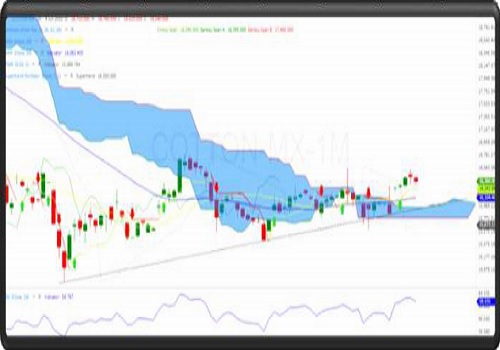 On the daily timeframe, MCX Cotton (Aug) has sustained above its “Upward Sloping Trend Line” which indicates that the bullish trend is intact. Moreover, price has been trading above its “Parabolic SAR” which confirms strength in the counter. Furthermore, price has sustained above its 20*50 days “Simple Moving Average”, which confirms bullish control. Additionally, momentum indicator RSI (14) has sustained below its 50 level which suggests positive momentum. Moreover, Super Trend (7,1) has given a buy signal which confirms bullishness. So, based on the above technical structure one can initiate a long position in MCX Cotton (Aug) future at CMP 16360 or a fall in the prices till 16280 levels can be used as a buying opportunity for the upside target of 17860. However, the bullish view will be negated if MCX Cotton close below the support of 15600.

NCDEX Coriander Future price has traded higher during the month of July and August month so far owing to easing lockdown situation in the major states of Madhya Pradesh, Gujarat and Rajasthan in the rural and semi urban regions. This has led to increased buying activities in the domestic markets eventually leading to support in the spot and the future prices. But then, prices has currently sustaining on the levels of Rs.6400-6500 levels amid higher stocks from last year and reports of higher production for the year 2019-20. By 6th August, NCDEX Coriander Future price closed at Rs.6480/quintal, higher by 3.18% compared Rs.6280/quintal reported on 30th June.

Fundamentally for the coming month, we are expecting NCDEX Coriander futures to witness uptrend as traders continue with their active buying around Rs.65-66/kg levels in the major mandis of Kota & Ramganj (Rajasthan), Rajkot (Gujarat)and Guna & Neemuch (Madhya Pradesh). Current year masala millers buying 50 far has been 80-85% of their total capacity and could increase in the coming weeks as traders are forecasting lower stocks for the crop year 2019-20 compared to previous year 2018-19; before the beginning of the sowing season in October month onwards. However, the export demand from India in the current period is still lagging behind amid rising worries of longer duration of covid-19 pandemic. India also imports coriander seeds from Russia and Bulgaria during the June-August period due to higher medicinal value in the coriander seeds from the said countries compared with the native. This could cap extreme bullishness in NCDEX Coriander prices in the month ahead. In consideration with the above factors, we are bullish on NCDEX Coriander futures for the month ahead. 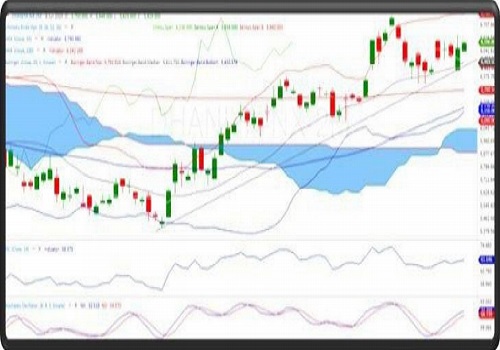 On the daily chart, NCDEX Dhaniya (Sep) has witnessed support near its “Bollinger Band Mean” which Suggests control in the hands of the bulls. Also, price has sustained above the 50*200 SMA which indicates strength in the counter. Additionally, the price has sustained above its “Upward Sloping Trend Line” which confirms bullish influence. Furthermore, Stochastic (6) has given a positive crossover which confirms bullishness in the counter. Moreover, momentum indicator RSI (14) has sustained above its 50 level which indicates positive momentum. So, based on the above technical structure one can initiate a long position in NCDEX Dhaniya (Sep) future at CMP 6586 or a fallin the prices till 6540 levels can be used as a buying opportunity for the upside target of 7100. However, the bullish view will be negated if NCDEX Dhaniya (Sep) closes below the support of 6330.

Kevin Pietersen: I love IPL, India has given me a lot