MCX Silver Futures has traded higher during the month of August owing to easing worries worldwide about covid-19 cases even with many countries have eased their lockdown situation and have led to resuming of the industrial and manufacturing activates. China has also resumed its industrial activates to a certain extend after the covid-19 cases have begun to flatten but worries continue to prevail as covid-19 cases continue to soar once again. By 13th August, MCX Silver futures closed at Rs.71,073/kg, higher by 9.24% compared to Rs.65063/kg reported on 31stJuly.

For the coming month, we are estimating MCX silver prices to trade bullish as ETF investments has shown further incline in the global markets. Moreover, silver prices to also find support as the industrial demand is expected to find further recoveries and global markets are expected to resume business activities. However, silver eagle coins sales on the monthly basis, may prominently see limited rise as lockdown situation is damaging the US economy for the short term period. Currently the gold silver ratio continues to be higher indicating cheaper silver prices which can support from the lower levels. In the case of India, Central Government is taking initiatives to revive the economy from its current lockdown, by boosting industrial activities in construction and infrastructure developments. However, ongoing issues between China in the border and global worries of longer recession in the some of developed countries like U.S., UK, Japan, Germany and European Union could also cap upside movement in global silver prices. But then, the Indian equity market has shown good amount of recoveries in the month of August signaling that the economy is getting back to the normal levels. International experts forecasts global economy to return back to the pre-covid-19 situation by Oct-Dec months of 2020, raising more hopes for positivity. Overall, we are estimating bullish trend in the International and MCX Silver prices for the month ahead.

On the daily chart, MCX Silver (Sep) has witnessed support near its “Bollinger Band Mean” which suggests control in the hands of the bulls. Also, price has sustained above the “Ichimoku Cloud” which confirms strength in the counter. Additionally, price has remained above its 20*50 SMAs which indicates bullish influence. Furthermore, Super Trend (7,1) is in a buy signal which signals bullishness. Moreover, momentum indicator RSI (14) has remained above its 50 level which suggests positive momentum. So, based on the above technical structure one can initiate a long position in MCX Silver (Sep) future at CMP 68150 or a fall in the prices till 68000 levels can be used as a buying opportunity for the upside target of 71000. However, the bullish view will be negated if MCX Silver (Sep) closes below the support of 66500

NCDEX Soybean future had majorly traded mixed during the current month July and August month so far, owing to positive monsoon season, higher sowing in Madhya Pradesh and Maharashtra. Moreover, there has also been reports of higher sowing in the United States by 5-10% and currently the crop is blooming at 85%, higher compared to 68% of the corresponding period last year till mid-July. However, prices remain supported from the lower levels, as China continued to buy US Soybean based Phase One Deal. By 13th August, NCDEX Soybean futures has closed at Rs.3736/quintal similar compared to Rs.3714/quintal by 30th June.

Fundamentally for the coming month, we are expecting NCDEX Soybean Futures to trade bearish, as sentiments in the domestic market continue to be favorable for a good crop this year with sowing having to be completed in the above states. This has brought cheers in the domestic market as Soybean sowing and yield is expected to witness incline by 15-20% compared to last year 2019-20 in the major states of Madhya Pradesh, Maharashtra and Rajasthan. Harvesting in the smaller regions of the above states is expected to begin by first week of September onwards. Conversely, prices could also find support from the lower levels as Central Government is likely to raise import duties on vegetable oils such as Soy Oil, based on recent sources to make India more self reliant. This could possibly reduce the imports of Soy oil from U.S., Argentina, Brazil, Indonesia and Malaysia, and eventually increase the demand for Soybean Crush in the domestic market. But then, domestic traders and industrialists have also pointed out the export demand for Soybean meal from India has been lower in the last 2-3 months and is forecasted to be lower in August month which could cap any major upside movement in Soybean prices as well. Harvesting of Soybean crops in US is also expected to begin from September month onwards which is also expected to pressure spot and future prices. Overall we expect a bearish trend in NCDEX Soybean futures for the month ahead. 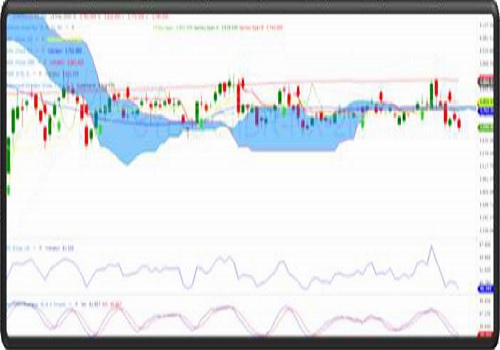 On the daily timeframe, NCDEX Soybean (Sep) has given a downward breakout from its “Ichimoku Cloud” which signals that the bearish trend is intact. Moreover, price has closed below its 50*200 days “Simple Moving Average” which suggests weakness in the counter. Furthermore, price has been trading below its Parabolic SAR, which confirms bearish control. Additionally, momentum indicator RSI (14) has breached below its 50 level which confirms negative momentum. Also, Super Trend (7,1) has given a sell signal which confirms bearishness. So, based on the above technical structure one can initiate a short position in NCDEX Soybean (Sep) future at CMP 3700 or arise in the prices till 3750 levels can be used as a Selling opportunity for the downside target of 3300. However, the bearish view will be negated if NCDEX Soybean (Sep) closes above the resistance of 3910.

Diesel prices down 19-21 paise across metros

The market movements remained subdued for the most part of the week By Dr. Joseph Thomas,Emkay Wealth