* On Wednesday, Jeera October futures on NCDEX inched down after rising in the previous day on rise in arrivals in the spot market and dip in export demand.

* Coriander October futures on NCDEX came under pressure on higher arrivals in the spot market on Wednesday. However, firm demand for the commodity lend support. 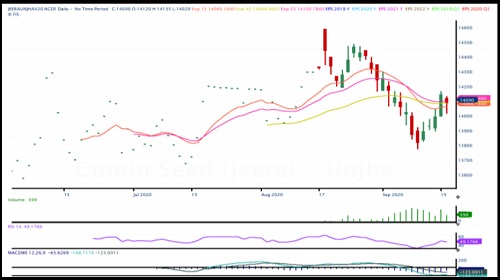 * NCDEX Oct Soybean prices also settled lower due to higher arrivals of fresh crop in the spot markets with poor quality. However, major fall was limited by the gains in U.S CBOT soybean prices. Oct Mustard seed futures prices settled down due to fall in demand in major spot markets.

* India's soymeal exports plunged 41% on year to 45,000 tn in August, according to data from The Soybean Processors' Association of India.

* Malaysia's palm oil exports during Sep 1-10 were pegged 26% higher on month at 467,420 tn, according to cargo surveyor SGS Malaysia. Meanwhile, cargo surveyor AmSpec Agri Malaysia reported a rise of 10% in exports at 472,780 tn.

* Malaysia's palm oil stock is expected to rise 6% on month to 1.8 mln tn in August due to higher output and lower exports, according to a CGS-CIMB Futures survey. 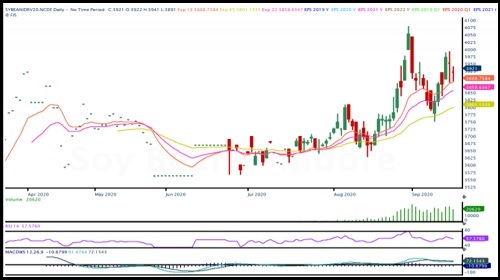 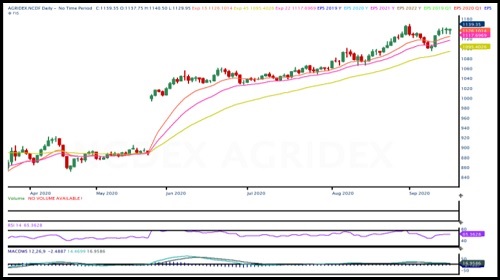 * Chana October futures on NCDEX pared losses and ended about one per cent up on Wednesday.

* The Association of Natural Rubber Producing Countries has lowered its forecast for global rubber output in 2020 to 13.15 mln tn, down 4.9% from the previous year, from the 13.20 mln tn pegged in July, the association said in its monthly report today. The association has also scaled down its estimate for global natural rubber consumption to 12.54 mln tn, down 8.9% on year, from 12.75 mln tn pegged in July. 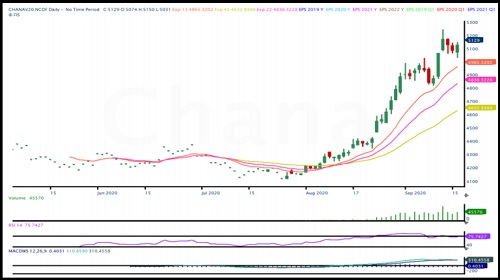