A growth slump, a precarious fiscal position and rising inflation: these are extraordinary times for the Indian economy. Yet in the 2020 Budget, these extraordinary times did not lead to the extraordinary measures so many economists were clamouring for. Like previous budgets under this government, the latest one has adopted a gradualist approach towards reforms.

Perhaps the most common call ahead of the budget was for greater government spending to boost waning consumption. That stimulus has not come: overall government spending growth in fiscal 2021, although higher than the five-year trend, is budgeted to be lower than the ongoing financial year. Spending itself remains skewed towards revenue expenditure instead of capital expenditure. 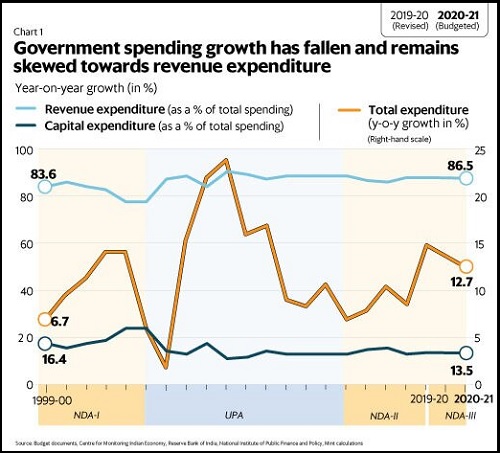 Instead of a major spending drive, the government’s attempt to boost consumption has been through tax cuts. But while tax rates across different slabs have been slashed, the removal of exemptions make the overall effect on demand uncertain.

“It would have been better if the growth push came from the spending side. The multiplier effect of these tax cuts will be low. Besides, this may not work because people may wish to save and get the exemptions rather than forgo exemptions and opt for a tax cut to induce their consumption," said Lekha Chakraborty, professor at the National Institute of Public Finance and Policy. Moreover, the tax cuts could further stall revenue growth and add pressure to India’s fiscal deficit. 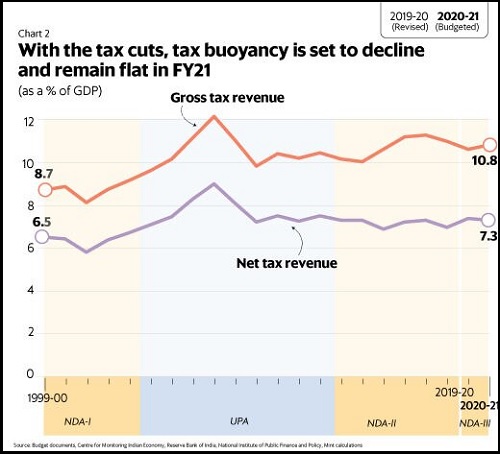 The fiscal deficit for 2019-20 — at 3.8% of GDP — overshot the budgeted target by 50 basis points. Next year, the government expects the deficit to be 3.5% of GDP, well above the 3% mandated by the Fiscal Responsibility and Budget Management Act (FRBM). This has limited the scope of any significant fiscal expansion and forced the government to trigger an FRBM escape clause to justify the 0.5% deviation between 2019-20 and 2020-21. 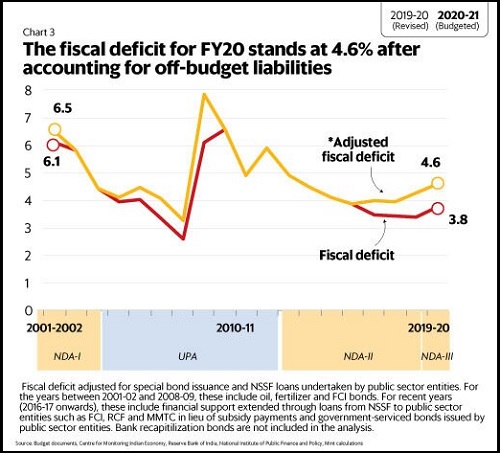 But even these figures are an underestimate. Taking into account the government’s own estimates of its “extra-budgetary resources", the fiscal deficit would be 4.6% in fiscal 2020 and 4.4% in 2021. These extra-budgetary resources include fully-serviced government bonds to raise funds and loans from National Small Savings Fund to public sector entities such as Food Corporation of India. This means there will be no marked improvement in the public debt situation. 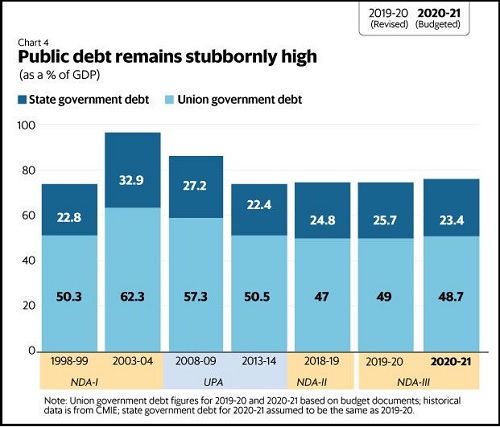 The economic slowdown may be hitting the rural sector the hardest but this budget has not offered the sector much respite. The share of overall spending on the rural sector has plateaued. And within this, spending on key rural policies, such as the Mahatma Gandhi National Rural Employment Guarantee Scheme and the food subsidy, have been slashed. Spending in the social sector, which includes education and health, has fallen too. 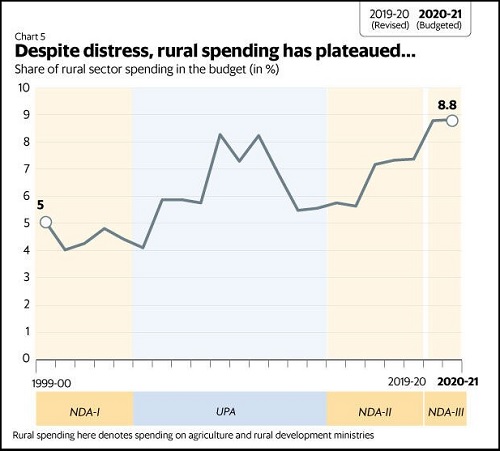 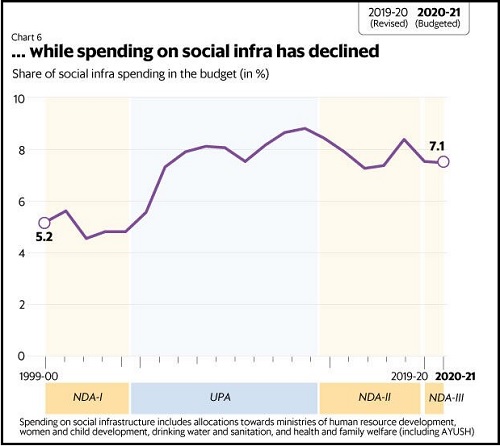 Though overall rural spending has not grown, agriculture ministry spending has more than doubled compared to the average between 2014-15 and 2019-20. This was the biggest increase among different ministries and largely driven by PM-Kisan, the cash transfer scheme for farmers. 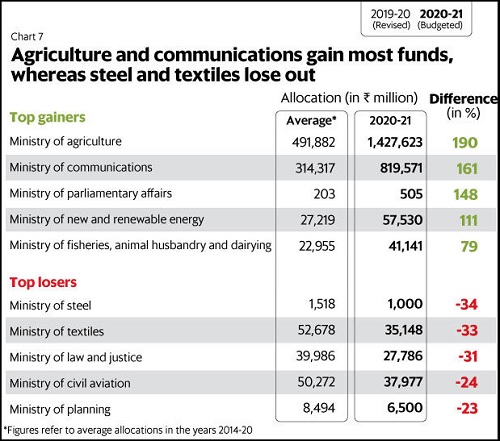 The overall pattern of spending among the government’s big-ticket items though remain largely the same. Spending on defence, interest payments and transfers accounted for 58.7% of government spending — largely in line with the average between 2014-20 (61%). 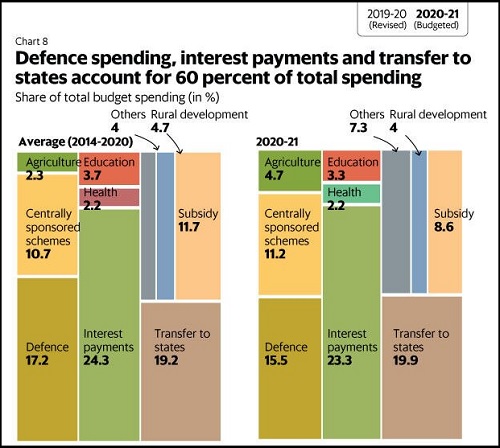 Notably, transfers to states, as a proportion of the union government’s tax revenues are budgeted to increase in the coming financial year and return to the levels seen during 2014-19. For 2020-21, the states’ share is estimated at 41% of the shareable central taxes based on the interim recommendations of the 15th Finance Commission. The commission suggested a small reduction in the states’ share in Union tax revenues to 41% from 42% because of the change in the status of Jammu and Kashmir. 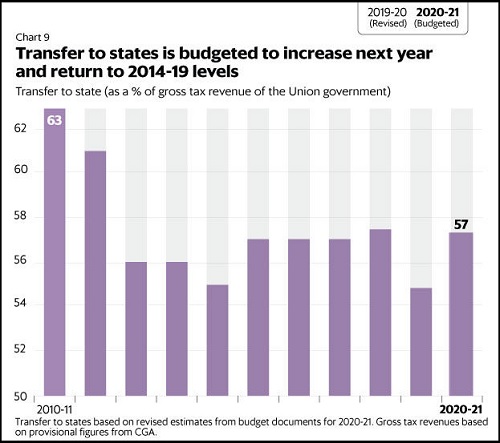 Taken together, the 2020 Budget is set to continue the status quo, instead of reigniting the economy. But it is not just in terms of policy or spending that the slowdown is relatively unaddressed. In rhetoric too, there was no significant coverage. An analysis of the speech at 13,600 words, the 12th longest since liberalization, found no mention of words related to slowdown.