Over 59 million shares reserved for anchor investors in LIC IPO

When Nirmala Sitharaman presents the budget on Saturday, she is expected to outline the Centre’s plans to deal with challenges posed by the slowdown and achieve the $5 trillion economy target by 2025. Mint looks at what to expect in the budget for the year starting 1 April.

When we fall asleep, where do we go—a song by Billie Eilish, Grammy winner for Album of the Year.

1) WHY IS THIS BUDGET SO IMPORTANT?

The series of announcements made by the finance minister post August to revive growth have raised hopes of a “dream" budget that would kick-start the Indian economy. This budget comes at a time when we are witnessing a consumption slowdown, accumulation of stress in the financial sector, low levels of private investments, a prolonged period of stagnation in the real estate sector and revenue shortfalls on the fiscal front. The electoral mandate of 2019 combined with the government’s ability to take tough decisions as witnessed over the last few months has led many to believe this could indeed be a historic budget. The recent decision to privatize select public sector undertakings, including national carrier Air India, hints that Sitharaman may make path-breaking announcements. 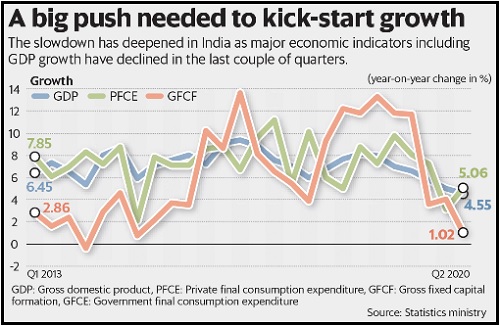 2) WHAT SHOULD BE THE POINTS OF FOCUS?

Though many are anticipating a big-bang budget, it would be wise to realign our expectations given the constraints faced by the government. For starters, this budget must focus on addressing the financial stress in India’s banking and financial services sector, particularly shadow banks. This would require a US-like Troubled Asset Relief Program (TARP), which infused billions of dollars into the system by purchasing toxic assets. Addressing the weakness in consumption, which is partly due to the liquidity squeeze that gripped non-bank lenders, is critical for the revival of economic growth. Equally important would be to boost confidence and revive economic sentiment through taxation reforms. The recent tax revenue shortfalls provide the government little room to raise expenditure without widening our deficits. Thus, the extent of fiscal measures would depend on a political economy call regarding the fiscal deficit and medium-term fiscal consolidation plan.

This is again an area where there is limited consensus. Some experts have argued the need to give a boost to rural consumption, which would require the government to increase its expenditure on schemes such as MGNREGA, PM-Kisan Samman Nidhi and/or increase outlays on development of rural infrastructure. Others argue the need to consider rationalization of direct taxes combined with an overall direct taxation reform. This comes against the backdrop of the historic corporate tax cut in September. The argument in favour of a tax cut is that the current peak tax rate is 17% higher than our current corporate tax rate and a tax reform would additionally revive sentiment, which could lead to further revival of discretionary consumption.

4) WILL THERE ALSO BE HIGHER OUTLAYS?

It is possible that the government prepares a comprehensive stimulus package that focuses on tax reform by implementation of the proposed Direct Tax Code. Alternatively, the long-term capital gains tax (LTCG) may be removed from equity considering that we already have the securities transaction tax and the LTCG imposition has mostly led to confusion rather than helping the government’s kitty. LTCG for other assets may be streamlined and the dividend distribution tax levied at the recipient’s level. Tax rationalization would require a rejig with tax slabs combined with a reduction in the tax rate. An ideal taxation reform for personal income tax would eventually have just three rates. Additionally, the government could create a special package for the agricultural economy comprising investments in rural roads, irrigation and warehousing.

5) WHAT ABOUT CONCERNS ON INFLATION TARGETING FRAMEWORK?

A key issue highlighted during the current economic slowdown was the role played by monetary policy since the introduction of the inflation targeting regime. Many have argued that our monetary policy has been too tight for several years and this could have caused the non-bank crisis. The inflation targeting regime has come into serious question as many believe that the current framework is not the best one for a developing economy like India. Though a monetary policy framework review is due in 2021, the term of the present monetary policy committee (MPC) members ends in September 2020. Therefore, it makes sense to review the framework in 2020 rather than in 2021 so that we can make changes as necessary before appointing the new MPC members. 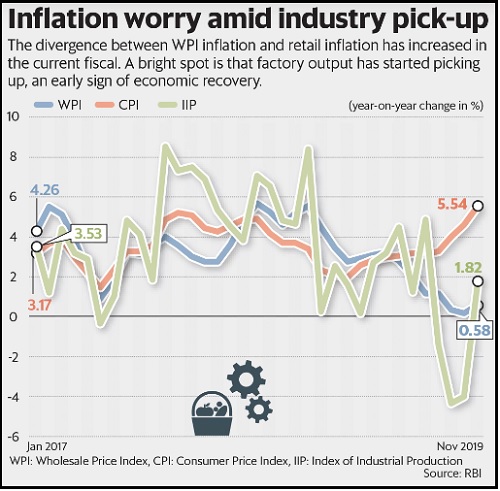 6) WHAT ABOUT OTHER ECONOMIC REFORMS?

Recent steps towards a new labour code, privatization and corporate tax cuts indicate a new direction of economic policymaking and, therefore, we should expect some other important reforms in the budget such as allowing Indian firms to list abroad without having to list in India. The government should also consider selling its Specified Undertaking of the Unit Trust of India (SUUTI) holdings, which will further help the government raise non-tax revenue. There could also be amendments in the Special Economic Zones Act, which are in line with the recommendations of the of the Baba Kalyani committee. Recommendations by several high-level advisory groups may also be part of the reforms package as we look to become the desired destination for companies leaving China.

7) WHAT COULD BE THE SHAPE OF AN INDIAN VERSION OF TARP?

A TARP-like programme is necessary to clean up the balance sheet of several of our non-banks to ensure availability of last-mile credit. A similar programme was launched by the US Fed in 2008 when it provided cheap capital to several banks for a specified period with the expectation that banks would resume lending. A similar clean-up is required for India’s non-banks, which have accumulated bad assets, especially related to the real estate sector. While such a programme is indeed required, it would require a specialized institution to execute the same. Several public sector banks have their asset reconstruction companies, which can be used for the creation of a special purpose vehicle that is open to foreign investments.

8) WILL TARP BE ENOUGH GIVEN THE STATE OF THE REAL ESTATE SECTOR?

The fundamental problem in the real estate space is lack of demand. Therefore, while TARP would help non-banks, the real estate sector needs adequate policy support. The government recently announced a scheme to help complete unfinished projects and a further extension of this scheme is possible. A key policy instrument could be to let real estate firms use their CSR funds for completion of unfinished projects by other builders. Additionally, we may witness a reduced rate of interest on home loans. Another important point is that though the government may implement the Direct Tax Code, which advocates for a removal of exemptions, it may keep some exemptions to encourage savings. So, a higher tax exemption for those with home loans is possible even if the Direct Tax Code is implemented.

9) SHOULD THE GOVERNMENT GO FOR A FISCAL STIMULUS?

The answer to this question isn’t clear as there are strong arguments both for and against it. Those against it argue limited fiscal space with the government and discuss the off-budget borrowings, which reveal a higher-than-stated deficit. Their argument also highlights the impact of higher borrowings on government bond yields, which may increase the cost of borrowings for the private sector. Others point out the fact that our current growth slowdown is a classic demand slowdown and as consumers cut back on spending, the government should increase its expenditure to support growth. Robust growth is essential to meet our medium-term fiscal consolidation and public debt management objectives.

10) WHAT DOES THE BUDGET MEAN FOR INDIVIDUALS, POLICYMAKING?

It is important to recognize that the goods and services tax (GST) is within the ambit of the GST Council, so we may not witness many changes on that front. Moreover, the budget is just one part of economic policymaking as several reforms such as land, labour and agriculture are outside the purview of the budget. However, there are several other reforms and policy changes that are essential for revival of our economic growth rates in the short run. More importantly, this budget would present an economic road map for the next five years and, hence, it has the potential to ensure that this decade belongs to India. It is this road map that is of most interest as it would show just how bold a government with a mandate of 303 BJP members of Parliament could be when it comes to economic policies.

Over 59 million shares reserved for anchor investors in LIC IPO

An expansionary Budget for the Real Estate to firm up : Colliers

Quote on Nifty: The trend remains positive as the index has been sustaining above the major Says Rupak De, LKP Securities