Tuesday’s tail end recovery was followed by a decent bump up at the opening. Despite SGX Nifty indicating a sluggish start, we witnessed positivity at the opening which was mainly on the back of favourable cues on the domestic front. During the first half, this lead extended to traverse the 12000 mark. However, during the latter half, index came off a bit due to some profit booking at higher levels and eventually closed at a kissing distance from 12000

The way we closed on Tuesday, things were pretty clear and as expected we managed to surpass the recent hurdle of 12000 in the initial hour. Market opted for some profit booking at higher levels but still we remain upbeat and expect the index to first test 12050 and then move towards the record highs. The ‘buy on declines’ strategy should be continued and the banking index is likely to lead this move. On the lower side, the support is continuously getting shifted higher; first from 11700 to 11800 and now from 11800 to 11960 – 11900

As far as individual sectors are concerned, as highlighted previously, individual themes are working well in the market and yesterday it was once again the recent movers ‘PSU’ that kept buzzing throughout the day. However, the real show stealer was clearly the ‘Pharma’ space. Since last few days we have been quite vocal about ‘Pharma’ being in last phase of correction and soon we would expect some revival. The way it’s moving since last few days, it’s clearly a sign of unfolding a decent rally in the near term. Do watch out for this name as we expect moves to extend in selective marquee names from this universe. 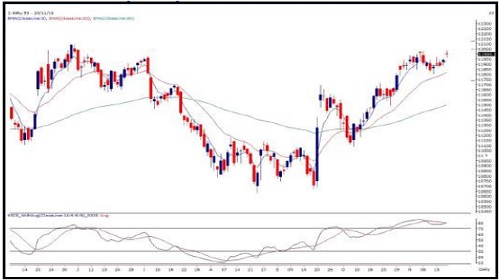 The Bank Nifty index continued the previous sessions momentum with a positive opening. The index consolidated during the day with a positive bias and ended the session with gains of over 100 points

The BankNifty continued its momentum and rallied higher during the session to almost touch the 31500 mark. However, the index witnessed some cool-off from the highs and it consolidated in a range for rest of the session. Since last few weeks BankNifty has been swiftly moving higher and the overall trend still continues to be positive. Hence, we continue with our positive stance on this sector and advise traders to trade with a positive bias. In the near term, we expect BankNifty to rally towards the 31600- 31700 range. On the flip side, 31115 and 30900 are now seen as the immediate support levels. 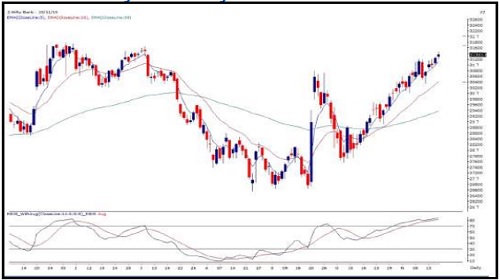 Nifty index remained highly volatile in the October series as it moved in a wider range of 850 points - Mr. Chandan Taparia

What bank employees` unions want from Nirmala Sitharaman before Budget