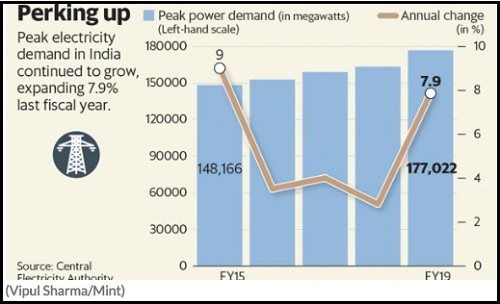 The tender comes amid growing demand for short- to medium-term PPAs of up to three years. Apart from state utilities, central government entities are also seeking to purchase electricity.

Emkay Global Financial Services Ltd estimates around 22 power plant operators, with a combined capacity of 12,500MW, may participate in the Gujarat utility tender.

As the companies finalize contracts and begin supplies, analysts expect the market to achieve equilibrium from the current overcapacity situation.

“Over the last five-six months, discoms have become active in inviting medium- and long-term PPAs. There is visibility of nearly 7,000-8,000MW of such tenders, which will shrink merchant capacity availability by nearly 50% within the next 12 months," Motilal Oswal Securities said in the note. Discoms is short for electricity distribution companies.

This can bring material relief for listed power firms. CESC Ltd, JSW Energy Ltd, Jindal Steel and Power Ltd (JSPL), and Adani Power Ltd have power plants that do not have sufficient PPAs. In most cases, power plants are losing money due to under-utilization. If these plants achieve break-even levels, it will reduce the burden on the parent companies.

The short-term PPAs are expected to halve losses at CESC’s Chandrapur power plant in FY19. JSW Energy is in talks for two short- to medium-term PPAs for its Vijayanagar plant. If successful, this will drive up utilization levels of the plant, which, as of December quarter, stood at a mere 55%. JSPL, which is among the lowest bidders for a medium-term 500MW PPA, will see utilization levels at its unit reach the halfway mark, if the contract comes through.

While all this sounds good, much depends on the timelines. Such contracts have seen inordinate delays in the past. It’s little wonder then that investors are still being watchful—most power stocks continue to trade at inexpensive valuations close to their book values.

New telecom battle is over who will certify phones

Investors can buy farmland in 30 days in Karnataka soon