* Central bankers from around the world will gather at Jackson Hole, Wyoming, with markets focused on a scheduled speech by Fed Jerome Powell.

* However, recent inversion of the US yield curve is widely hinting towards recession, boosting hopes of another Fed rate cut in September policy. 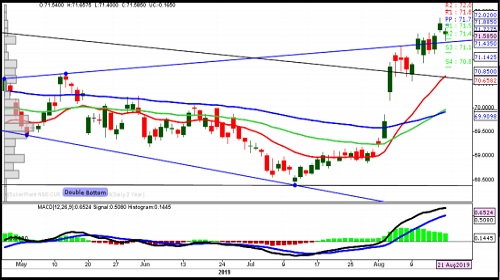 Euro struggled to make headway against a dollar with markets mostly calm ahead of a crucial meeting of central bankers later this week. 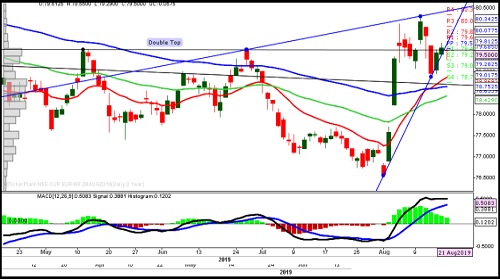 GBP gained after German chancellor Angela Merkel said the European Union would think about practical solutions to the backstop.

Prime Minister Boris Johnson’s demand that the EU reopen the Brexit divorce deal was rebuffed on Tuesday by the bloc. 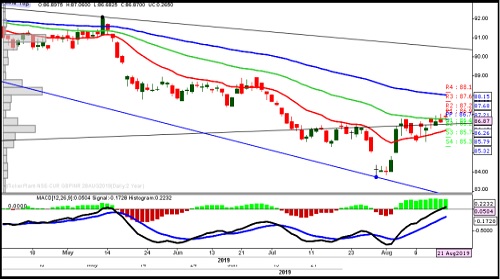 JPY dropped after Trump said he wanted to introduce new tax cuts and on reports that negotiations to agree a U.S.-Japan trade deal were making progress.

Japan posted a merchandise trade deficit of 249.6 billion yen in July, the Ministry of Finance said.

Investors looked ahead to the minutes of the Federal Reserve’s July meeting later in the day for fresh clues on the monetary policy outlook. 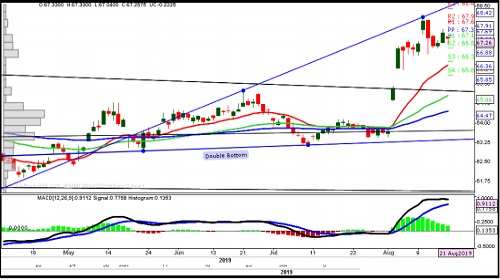