* Rupee also dropped on the lack of positive outcome from the talks between Finance Minister Nirmala Sitharaman and a group of foreign investors.

* Indian government has not yet decided whether it would issue an overseas sovereign bond, as announced in the annual budget last month 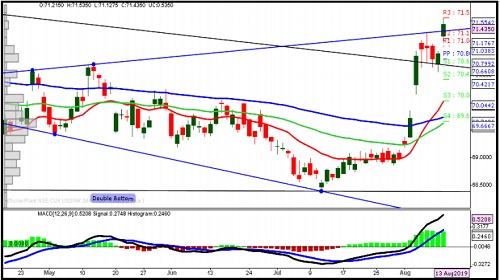 * The dollar dropped earlier on expectations that a prolonged U.S.-China trade war would have a negative impact on American economic growth. 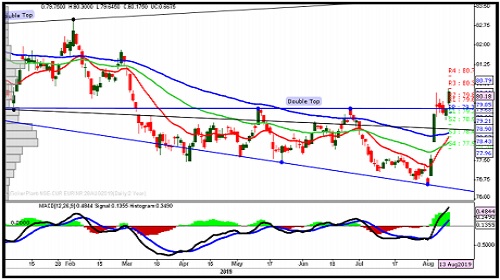 * GBP clawed back some ground, benefiting from political ructions in Italy, but concerns over Brexit kept the UK currency within sight of multi-year lows.

* With the Brexit deadline approaching, leveraged funds increased their net short positions on sterling in the week to Aug. 6 to a total of $7.83 billion.

* The UK economy unexpectedly contracted for the first time in more than six years in the second quarter. 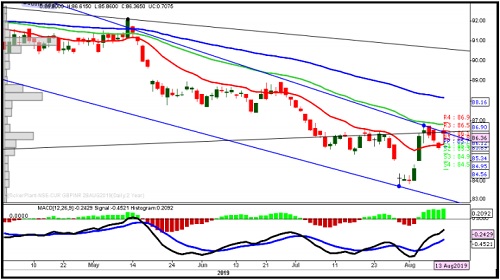 * Producer prices in Japan were flat on month in July, the Bank of Japan said, following the 0.5 percent drop in June.

* Japan's gross domestic product gained a seasonally adjusted 0.4 percent on quarter in the second quarter of 2019, the Cabinet Office said. 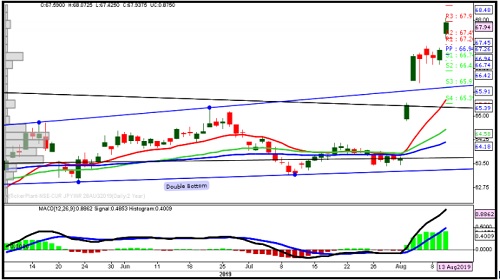