Jeera has gained by 0.73% on Monday trades - Choice Broking

Gold prices were little changed on Monday, losing steam after five consecutive sessions of gains as investors turned cautious despite expectations for hints at looser policy from the Federal Reserve on Wednesday. On the domestic front, MCX Gold price has corrected from upper Bollinger band but supported above 33000 level. Moreover, price has still been trading above the trendline, which gives more strength for near term. Furthermore, a momentum indicator RSI (14) has shown positive crossover. So based on the above technical structure, we expect bullish move in MCX Gold for the day. 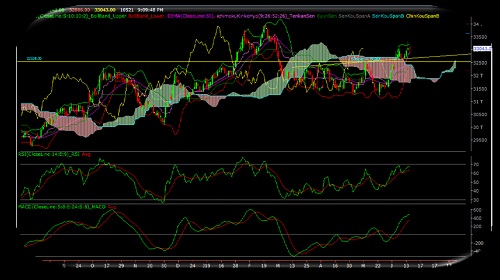 MCX Silver price has traded positively on Monday session On the daily chart, price has given falling wedge pattern breakout and sustained above it. Moreover, price has still been trading above 50 days EMA on the daily timeframe, which support the bullish trend for near term. Additionally, weekly price has sustained above parabolic sar indicator. A momentum indicator RSI (14) has shown positive crossover on the daily scale. So based on the above technical structure, we expect upside move for the day. 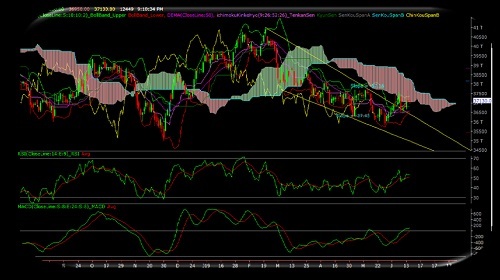 MCX Copper has little recovered on Monday session and closed the day on positive note but still trading near 409-410 level, which act as an immediate hurdle for the bullish trend. On the daily chart, price has been struggling between the range of 400 to 415, after a small recovery from lower levels. Moreover, price are unable to sustain above upper Bollinger band and 50 days DEMA. However a momentum indicator RSI (14) has recovered from oversold zone and shown positive crossover. Hence, we expect moderate bearish move for the day. 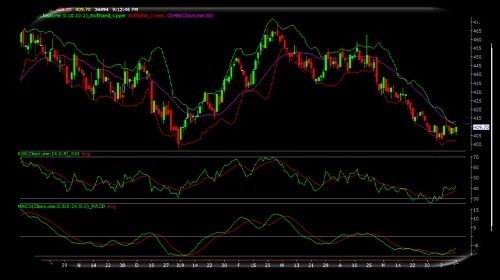 MCX Zinc price has shown further strength in evening session and closed the day on positive note. On the daily chart, price has been facing a hurdle around 207-208 level and consolidating below the trendline breakdown, which indicates no further bullishness in the counter. Moreover, price has moved below 50 DEMA, which indicates more bearishness for near term. In additions, a momentum indicator RSI (14) and MACD has shown negative biasness. So based on the above structure, we are expecting bearish movement for the day. 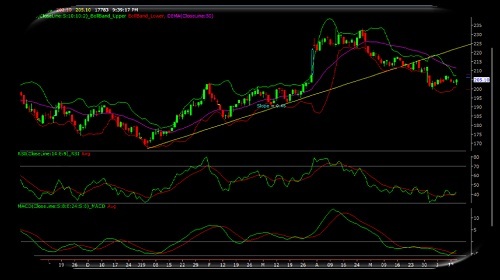 Crude Oil prices lost ground on Monday as a reported delay in a key meeting to extend production cuts by major exporters raised uncertainty over the agreement. On the daily timeframe, Crude oil prices moved down again after a small pull back and still trading below upper band of Bollinger formation and 50 DEMA, which indicates further selling pressure in the counter. Additionally, a momentum indicator RSI (14) has turned again into oversold zone with negative crossover. Hence, we are expecting bearish move for the day. 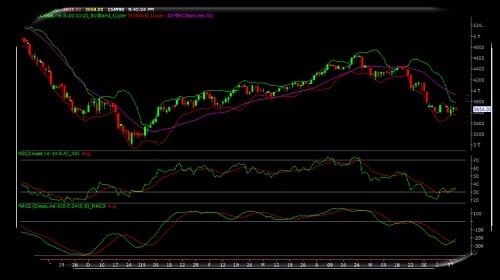 Natural Gas price has traded in narrow range on Monday. On a weekly timeframe, MCX Natural Gas price has been falling down from last couple of week, where price has breached its multiple support of Rs. 170.70 and sustained below it. Which indicates more bearishness in the counter. Moreover, price has moved below “Ichimoku Cloud” with negative crossover between lead1 and lead1 line, which may initiate a more selling pressure for medium term. So based on the above analysis, we expect further downside for the day. 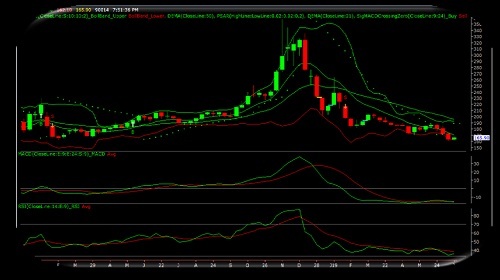 On the daily timeframe, MCX Mentha Oil has been trading in falling channel formation, which indicates bullish sentiments in the counter. Moreover, price has reversed from lower Bollinger band and sustained above 50 DEMA, which suggest upside move for near term. Additionally, a momentum indicator RSI (14) and MACD has shown positive crossover on the daily chart, which may keep the prices upside. So based on the above structure, we expect bullish move for the day. 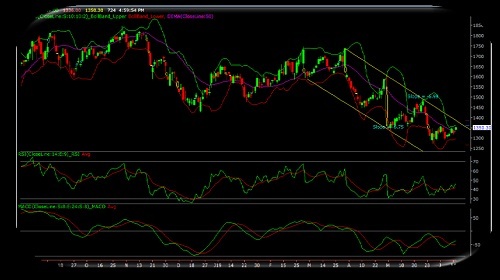 NCDEX Jeera has gained by 0.73% on Monday trades. On the daily timeframe, price has taken a support at middle Bollinger Band formation and 21 days EMA. Moreover, price has also moved above Ichimoku Cloud with positive crossover. Furthermore, 50 days EMA has also supported the buying trend for near term. In additions, a momentum indicator RSI (14) and MACD has shown further strength. So based on the above analysis, we expect further upside in Jeera future for the day. 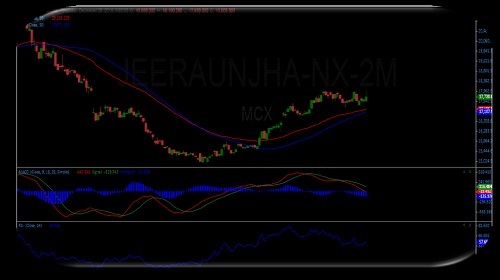 IIM-Indore will give lessons to UP Police